Amazon stock price has been struggling to breach the previous all-time high of $3300 that it had hit last month. While the shares gained some momentum after the second-quarter beat on both revenue and earnings, investor’s concerns over AWS revenue growth kept the laid on the stock.

The world’s largest e-commerce company has generated $88.91bn in June quarter revenue, representing a growth of 40% from the past year period and topped the consensus estimate by $7bn.

Its North American business segment, which is the largest revenue-generating segment, reported revenue growth of 43% year over year. 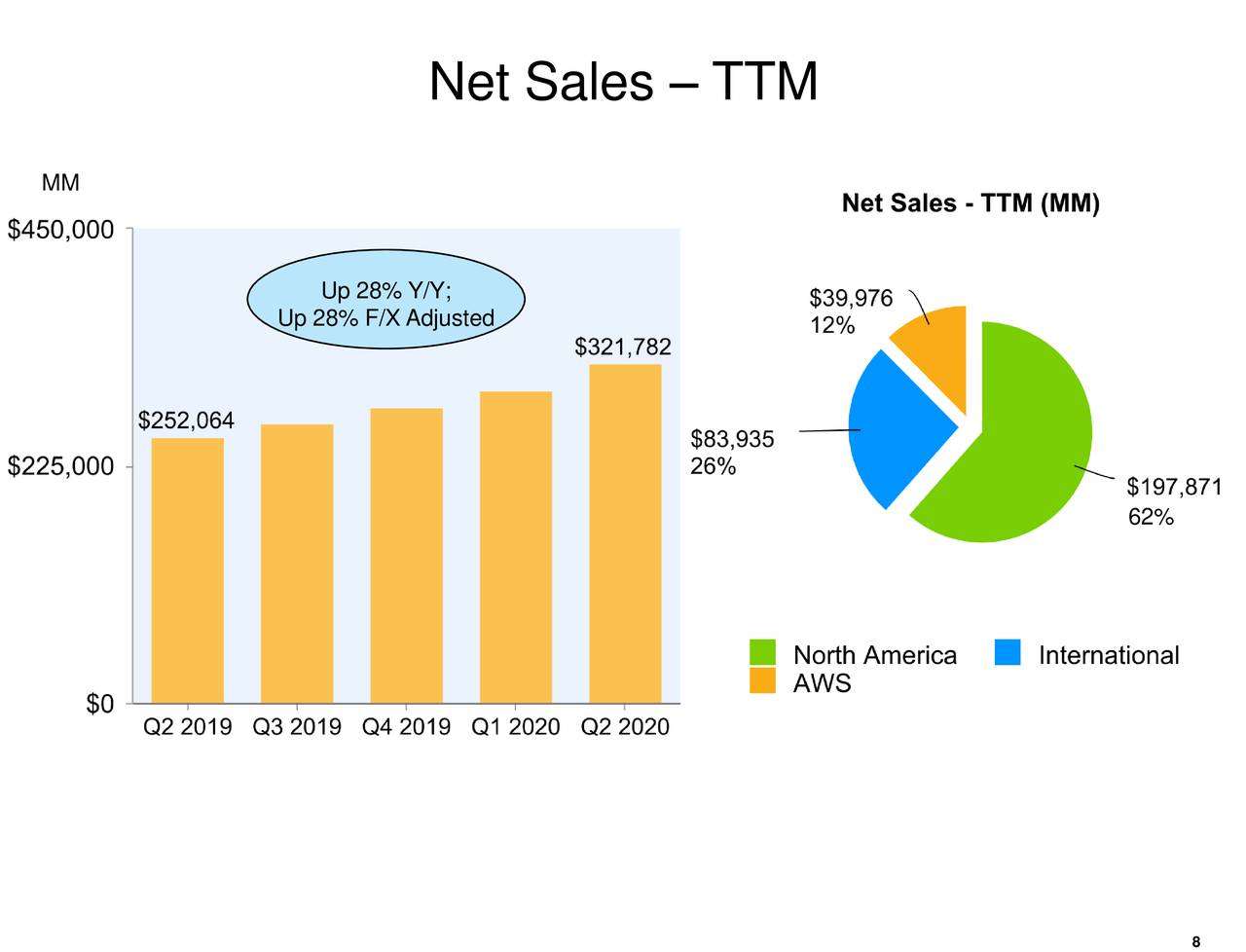 The revenue from the international segment increased by 38% to $22.67bn compared to analyst’s consensus estimate for $19.7bn.

CEO Jeff Bezos: “As expected, we spent over $4bn on incremental COVID-19-related costs in the quarter to help keep employees safe and deliver products to customers in this time of high demand … We’ve created over 175K new jobs since March and are in the process of bringing 125K of these employees into regular, full-time positions.”

Amazon stock price is currently trading at around $3100.

Goldman Sachs analyst Heath Terry lifted the price target to $4200 following the second-quarter earnings. The analyst claims that Amazon stock is likely to receive sustainable support from the acceleration in adoption of e-commerce and cloud “well beyond the current crisis.”

The world’s largest online retailer expects third-quarter revenue in the range of $87bn-93bn, indicating an upside of 24% to 33%. The market analysts were expecting revenue of around $86.44bn.

Siraj Sarwar - Lead Analyst
@tradethedayfx
Siraj Sarwar has been performing analysis on the stock market, equity research and general business consultation. He regularly contributes articles on economics, commodities, and equities to the world's leading websites, including Trade the Day, SeekingAlpha, TheStreet, and MSN.