Bitcoin price hit three years high of $18800 level last week as big market players have started showing confidence in the largest digital coin. The price of Bitcoin continues trading around the $18500 level, with expectations that the price will soar above the recent all-time high of $20K shortly.

The latest bull-run is supported by bullish comments from Rick Rieder, who is the chief investment officer of the world’s largest asset management firm Black Rock. Rick claims that the digital coin is likely to replace gold in the future as a go-to safe-haven asset. 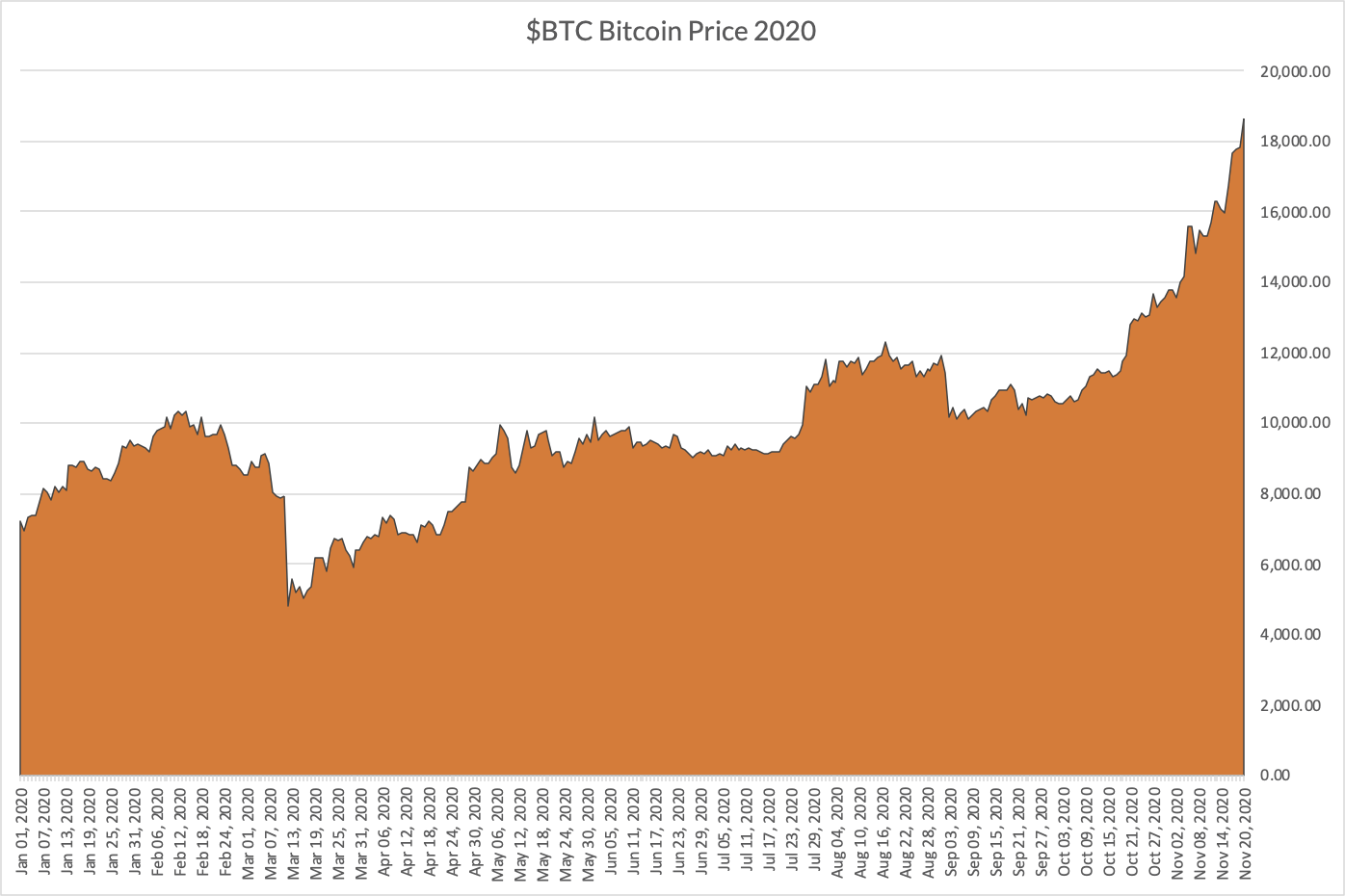 “Do I think it’s a durable mechanism that could take the place of gold to a large extent? Yeah, I do, because it’s so much more functional than passing a bar of gold around,”

Bitcoin price soared almost 40% so far this month while the price of the largest coin doubled compared to the pre-pandemic level.

Several other analysts have also been passing similar comments about Bitcoin. For instance, a Morgan Stanley analyst said Bitcoin is strongly competing with gold.

“Even a modest crowding out of gold as an ‘alternative’ currency over the longer term would imply doubling or tripling of the Bitcoin price,”

Bitcoin price is set to hit a new record high

The market pundits are optimistic about the extension of the bull-run as market fundamentals are supporting gains.

PayPal’s strategy of integrating Bitcoin as a valid form of payment played a big role in strengthening investor’s sentiments. In addition, a limited supply of coins is among the catalysts for future price gains.

“When other, larger financial institutions follow [PayPal’s] lead, the supply scarcity will become even more imbalanced. The only way supply and demand equilibrate is at a higher price,”

Siraj Sarwar - Lead Analyst
@tradethedayfx
Siraj Sarwar has been performing analysis on the stock market, equity research and general business consultation. He regularly contributes articles on economics, commodities, and equities to the world's leading websites, including Trade the Day, SeekingAlpha, TheStreet, and MSN.
0