After smashing an all-time high on Monday, Bitcoin price retreated amid traders profit taking strategy as the largest coin soared almost 40% in the last month alone. Despite the selloff, the market fundamentals are supporting the bull’s case considering the crypto adoption.

The market pundits believe the latest bull-run is different from 2017 because the current rally is driven by both retail and institutional investors. On the other hand, the previous bull-run was only driven by speculations and retail investments.

“The differences between 2020’s run toward $20,000 and 2017’s is that this current one is against a backdrop of greater geopolitical chaos, increased adoption but less general audience interest and less new coin supply,” 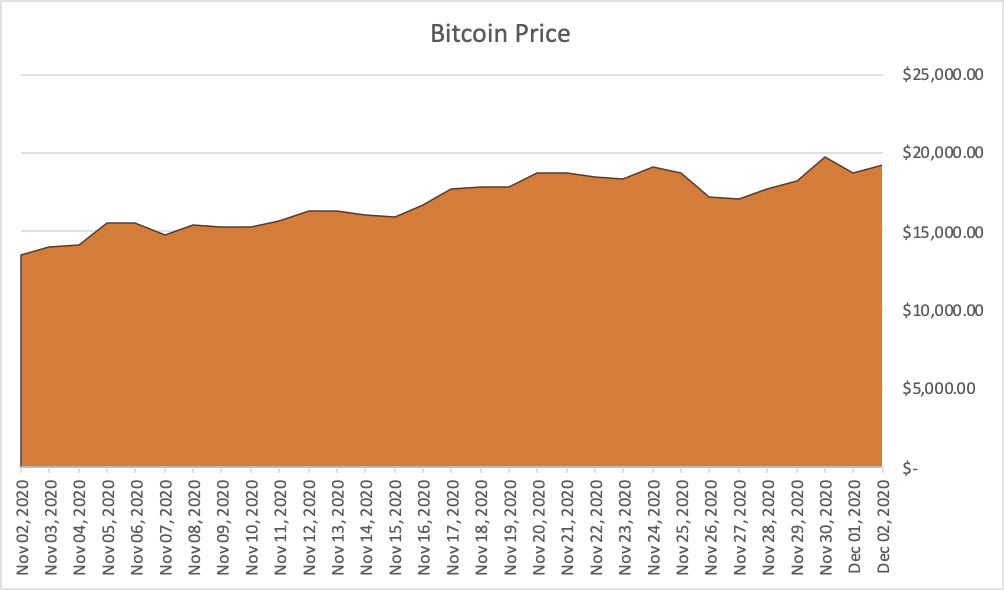 Hold despite the Bitcoin price selloff

The profit-taking strategy has slightly impacted the upside momentum, but trends show that bulls are in a position to capitalize on improving market fundamentals.

Institutional investors have started recognizing cryptocurrency as an asset that is likely to create a space in the financial markets.

Payment services companies like Square and PayPal saw tremendous user’s interest in bitcoin in the past month. Square has generated $1 billion in bitcoin revenue during the third quarter.

Governments have also started thinking about introducing digital coins according to the changing market trends. The consumer’s shift towards online shopping trends is likely to give a boost to digital currencies.

The European Central Bank President Christine Lagarde said they are planning to introduce a digital coin due to the changing market trends in the next two to four years.

“If it is going to facilitate cross-border payments, we should explore it,” Lagarde said. “A digital euro will not be a substitute for cash,” she added. “It will be a compliment.”