Perhaps it’s a function of being a resident of the deep south (hat-tip to all Tasmanians), but the view from the world’s shoelaces is currently dominated by China and it’s demand for commodities.

As we noted in last week’s post, it looks suspiciously like China has loosened its monetary stance in response to the softening economic conditions. Add to that we have passed through the seasonally low PMI months, and perhaps it’d be reasonable to suggest that ‘China’ is a buy around these levels.

It’s just that the charts don’t support this view. In fact, looking through the commodity complex and those stocks that are most exposed to its demeanour, there is a real sense that further weakness is on the horizon.

A simple indicator to gauge this view is the Chinese equity market. 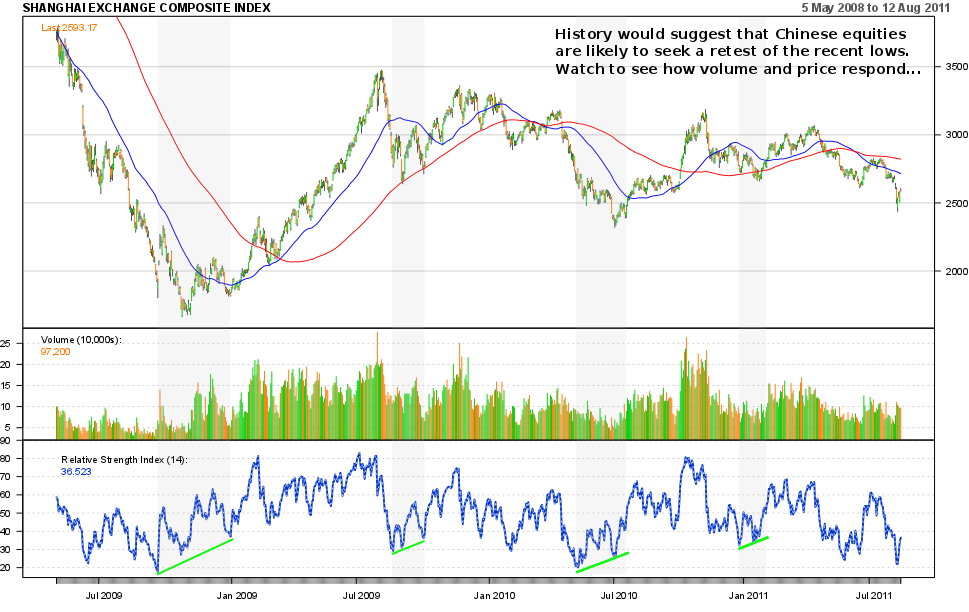 The point that is being highlighted is that if equities are to make a bottom around here, history would suggest that the recent low would at least be retested over the coming months.

This makes some intuitive sense given the level of uncertainty that has arisen. Without direct government action, we can expect this uncertainty to translate into weaker longs selling into spikes in nervousness. At least this type of scenario might give the RSI a chance to recover even as the price goes lower…