The flight to cash seems to have begun again in earnest. And the biggest, scariest trend is the acceleration in deleveraging.

Just as the 2008-08 selloff was fuelled by forced selling by margined investors, this time it is the banks themselves that are being squeezed out of their positions.

Until the Europeans find a circuit breaker, the thrust downwards in global asset prices is likely to continue.

One of the more remarkable features of the first phase of the crisis was that banks were permitted to roll their problem assets. Through the magic of mark-to-market accounting, the system was able to buy time and often times induce enough investors to stump up for tranche 1 of the recapitalisation. But it was always a finger-in-the-dyke solution.

The European sovereign debt crisis has called time. While markets have long ignored the flagrant abuse of the Maastrict Treaty et al, something broke over the last two months and the herd is now running scared.

The key problem is that the leverage in our banking system is based on collateralised lending. This global pool of collateral has been bid up by decades of credit expansion.

At some point, the suspension of disbelief that this virtuous cycle requires becomes impossible to sustain. Total leverage relative to cashflows – rather than collateral – is too high. At this point, the banks find themselves in a prisoners dilemma.

And so we arrive at today, where the European banks have broken ranks and have begun a firesale of assets. While quick exits often prove profitable for the buyers, history is pockmarked with examples where the resultant lower asset prices have a disturbing ripple effect on markets.

It is this uncertainty that investors of all shades and hues have to contend with. While the bear market rally from March 2009 failed on declining volumes, there is a strong likelihood that the current selloff will be joined by volume-selling as the flight from all but the very safest collateral goes mainstream. 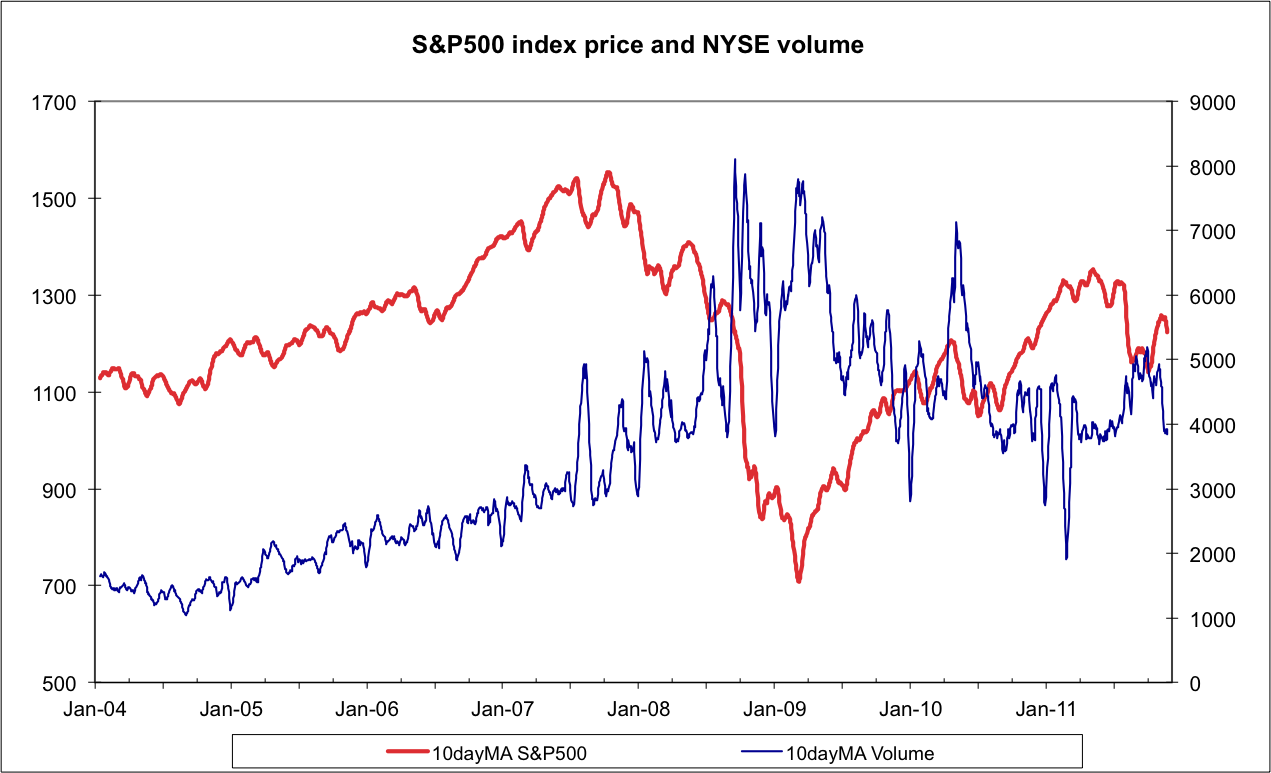