Setup for the First Quarter

A couple of interesting charts that emerged from a shuffle through the filing cabinets this morning.

1) BIX relative to SPX – looks suspiciously like the S&P500 financials are setting up to outperform the broader index. The trend break in the RSI is one prerequisite that has been checked recently: 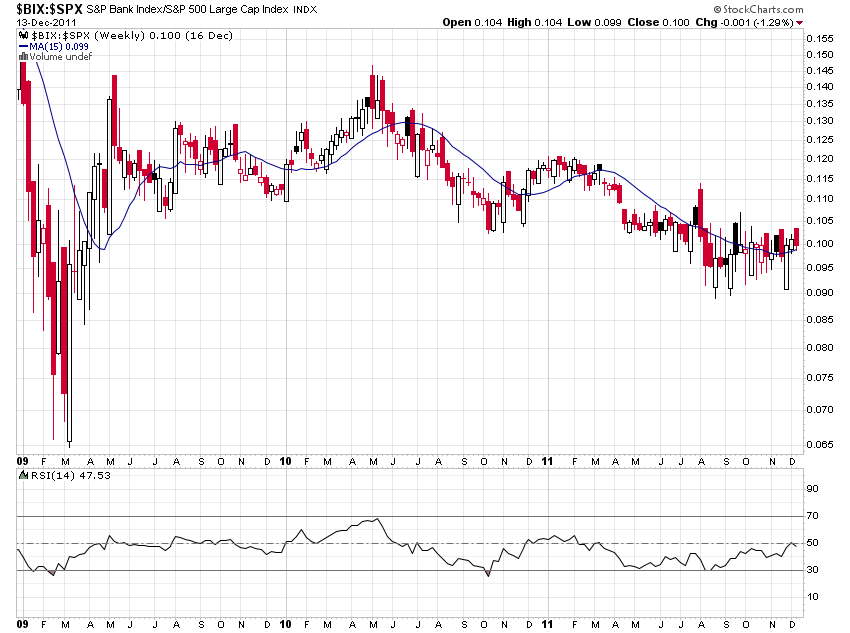 Trying to reason how this might work requires a bit of imagination – US financials benefit from the flight of capital from Europe and China into the USD perhaps? The flip side is that materials and exporters take a hit by this same rise in the USD. Alternatively, the Fed is playing a game of cat’n’mouse and will in fact unleash QE3 in January (as consensus would have us believe).  In any event, it doesn’t mean that the market as a whole is about to head higher does it… 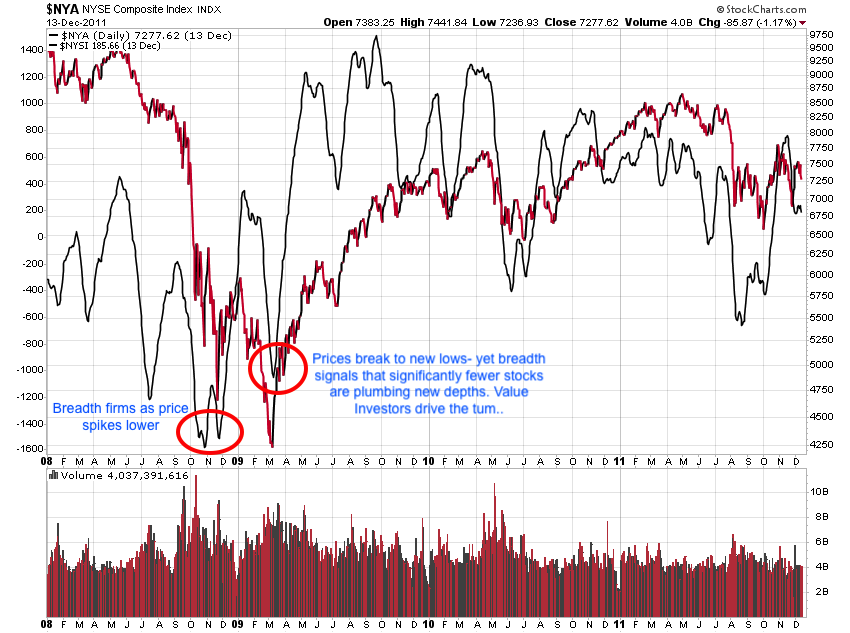 Note that during the selloff into the March 2009 lows, breadth began to signal value investors were entering the market as early as December.  First, the NYSI created a small divergence into a new low. Next, the NYSI broke its relative downtrend as the market rallied out of this low. Finally, as the market plunged into the capitulation selling, the NYSI flashed that a valuation floor had been found.

Now to a glimpse at how the NYSI is behaving today – the recent low gave us a small divergence – which has duly been followed by a relatively healthy rally. The question from here is how breadth will respond should we get the deeper selloff that seems so near to hand. 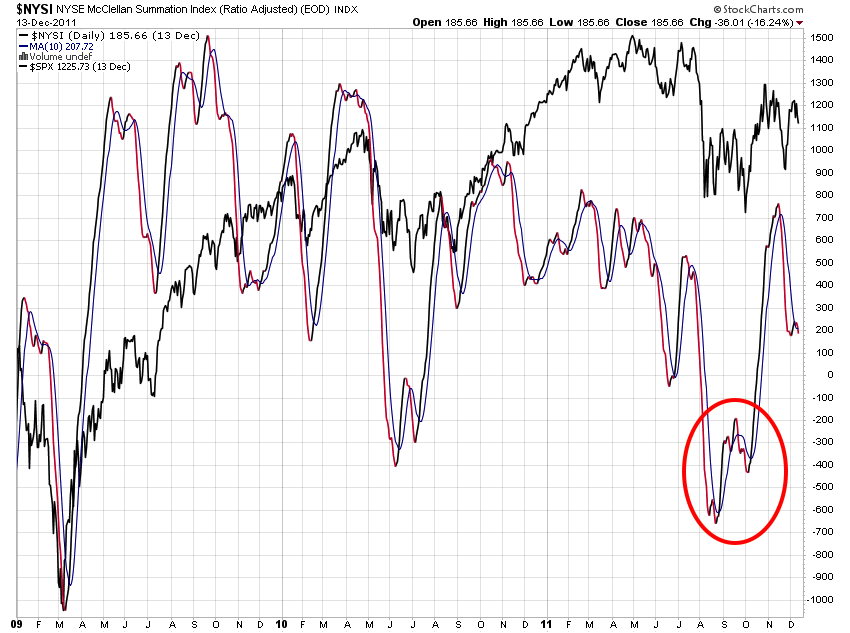