Dogecoin To The Moon? WallStreetBets, A Match Made In Heaven For $DOGE? 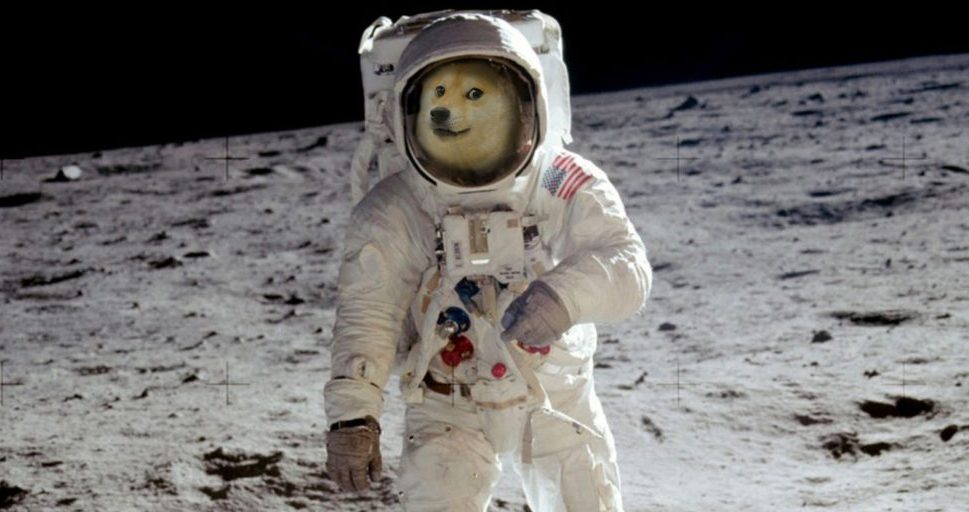 It’s been a wild ride in the cryptocurrency space over the last 24 hours.

During AEST trading sessions, many popular Australian cryptocurrency exchanges went down, with both CoinSpot and Kraken suffering sporadic outages due to unprecedented traffic volumes. 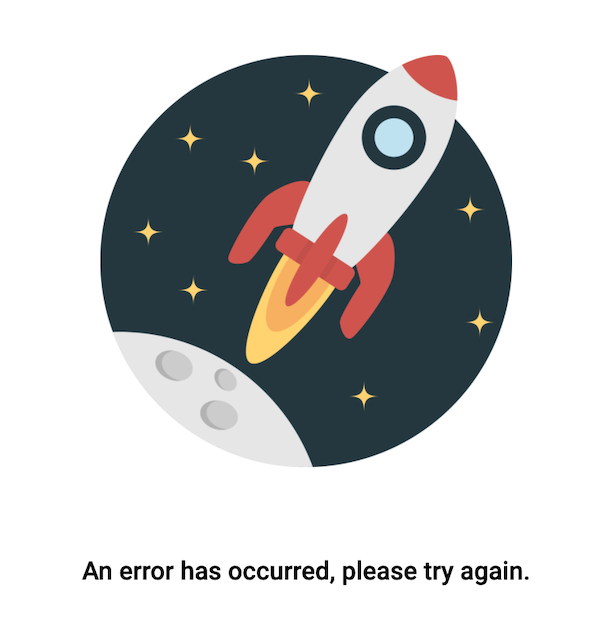 GameStop (GME) was the focus of the WallStreetBets Reddit forum, sending its share price up almost 900% in five days to around $347 on Wednesday.

The message board has since been taken private by its administrators despite signs of increased governmental scrutiny for its conduct, leaving fans scrambling for information on other social media platforms.

GameStop united the country at a time when nothing else could.

This also helped to “explode” the popularity of the WallStreetBets “unofficial” Chairman. There is an official one too.

Why Did Dogecoin Rocket In Value, What’s Going On?

Robinhood sent retail trading into a spin when restricting GameStop and BlackBerry stock trading, which caused a massive public outcry.

Initially, when the retail trading platform Robinhood restricted trading on GameStop stock, many retail traders were still able to access the purchase of Dogecoin. 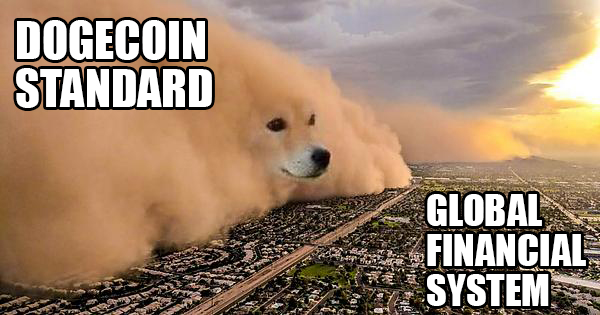 In turn, all of this helped create the perfect storm as Dogecoin is the ideal “meme cryptocurrency” supporting a subreddit pumping Wall Street stocks, the two tied together perfectly.

Some big names have since tweeted Dislike in Robinhood and their view of the current financial system.

Of course, Dogecoin was the natural transcendent of the game stock pump and has now seen incredible new highs up to 5x in just under 24 hours.

With several other high profile, Twitter accounts supporting the rally of Dogecoin to $1. A huge ask for Dogecoin to hit those numbers, the MarketCap will have to increase significantly, but as we’ve seen recently. Nothing is impossible.

I remember when I met the @RobinhoodApp founders when they were raising their Seed, Series A and Series B. I passed.

Optimize for integrity whenever possible because integrity compounds and assholes will fuck you.#DeleteRobinhood

There is a hint of surrounding controversy in the story. Melville Capital, who had a short position open with GameStop before the stock price was pumped to over $300, is said to have investments within Robinhood themselves. A cruel twist of fate perhaps?

The Twittersphere has been left very angry with the retail trading bans with sentiments of many summed up in the following videos:

Emergency Press Conference – Everybody On Wall Street Who Had A Hand In Today’s Crime Needs To Go To Prison pic.twitter.com/aKr8aPbB3Z

Social media found a new hero in the Twittersphere as “unofficial WallStreetBets Chairman”, seeing equally staggering growth from a few thousand followers to, at the point, this article is posted, 785,200. 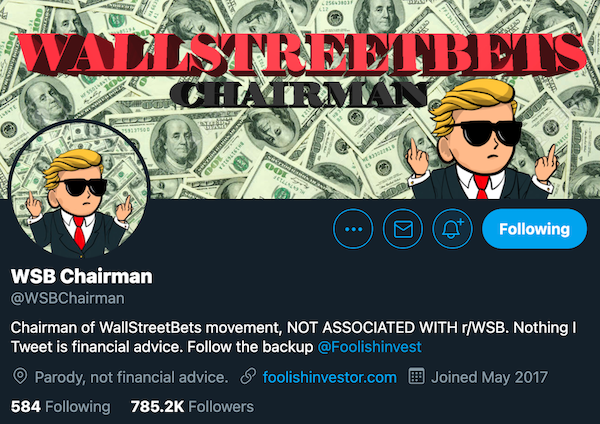 Dogecoin saw a slight dip in numbers between trading sessions but overall is up around 370%.
It could have been an exit point at around the 40cent level when Elon Musk Tweeted and subsequently changed his Twitter bio to #bitcoin 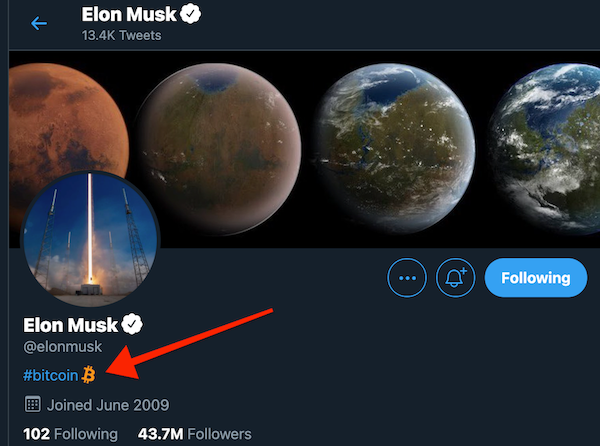 Elon Musk updates his Twitter bio to include #bitcoin

Since then, Bitcoin has seen a huge surge in price.

However, WallStreetBets group is not finished with Dogecoin yet a subreddit SatoshiStreetBets has featured many users calling for a dogecoin rally over the past day.

Satoshi refers to Satoshi Nakamoto, the screen name of the self-proclaimed inventor of bitcoin. 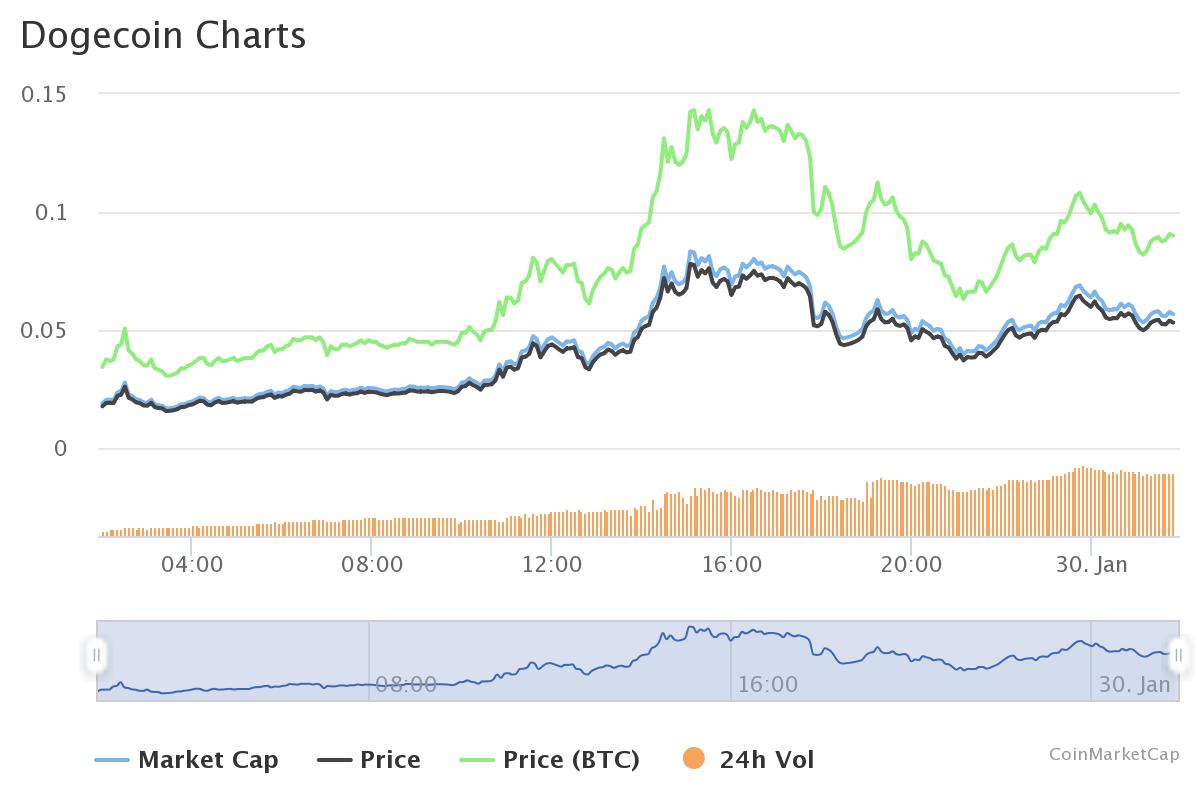 On Wednesday, the U.S. Stock Exchange Commission (SEC) issued a notice not directly acknowledging the operation of the company, but saying it is “reviewing” the “ongoing volatility of the market.”

Will things change? Most likely, yes. This is new territory for the trading space, with $GME, $AMC and the whole Dogecoin pump. It could be seen as “funny” or a meme, or “sticking it to the man”.

This could be the catalyst to trigger new rules and regulations that are not going
favour retail traders in the future, what those look like, we will have to wait and see.

Dogecoin Prior To WallStreetBets

The price of Dogecoin, the meme-based cryptocurrency, was steadily creeping up over time. It was helped along by a growing number of online markets accepting the currency and some Dogecoin mentions by Elon Musk along the way, who has said to be a fan.

A long-running meme in itself is Elon Musk and his passion for Dogecoin. Musk likes to tweet every once and a while about Bitcoin (BTC) and the crypto sector. In July 2020, Musk last tweeted about Dogecoin, when he said he foresaw a “Dogecoin standard future.” Subsequently, DOGE rallied 14 per cent.

The Dogecoin community hopes that a few recent developments will help return the coin to the glory days of late January 2015 when it briefly became the most popular altcoin.

What price do you think we will see by the end of the week comment below, are you long on DOGE?

Can or will Dogecoin reach $1?