Ripple: Investors Are Dumping After Pumping 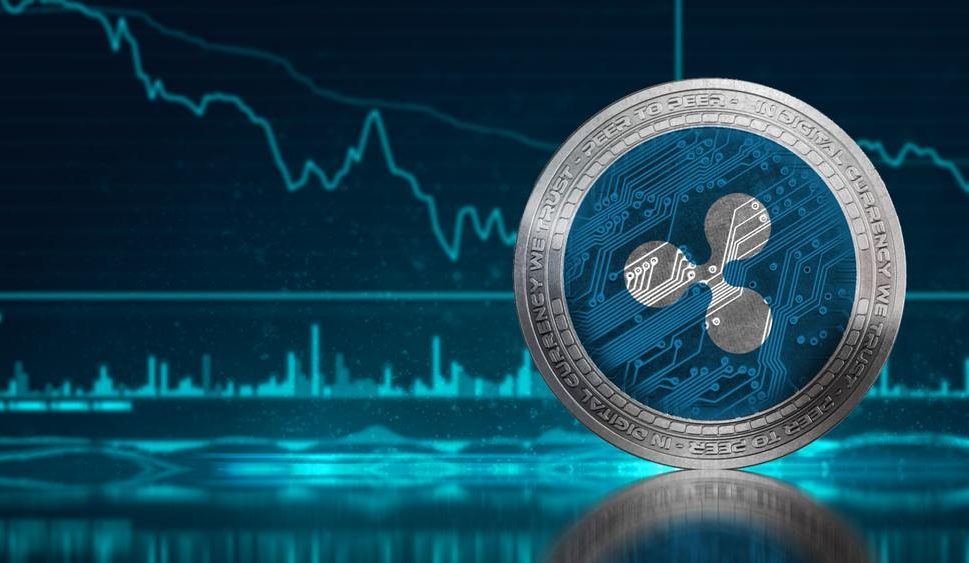 The classic “pump and dump” scheme has been creating a lot of volatility in Ripple price over the last couple of days as Telegram groups and Reddit’s WallStreetBets users have moved focus towards cryptocurrencies.

The Feb 1st $XRP pump has been fairly well and publically organised but is unique in the sense a normal “pump and dump” wouldn’t disclose the target (in this case Ripple) ahead of the move. We’ve seen a lot more publicity in this area since the GameStop short squeeze and WallStreetBets subreddit have been pushed into the mainstream media spotlight.

Pump and dump schemes are nothing new in the cryptocurrency market, but as Ripple’s price has increased significantly since the beginning of the year.

The latest group to pump XRP is WallStreetBets, a popular sub-Reddit that has been responsible for a number of recent price spikes in various coins and more unusually (for retail traders), the stock market.

The group’s members buy a coin at a lower price and talk about it positively on the group’s live stream, encouraging all other members to buy in as well. 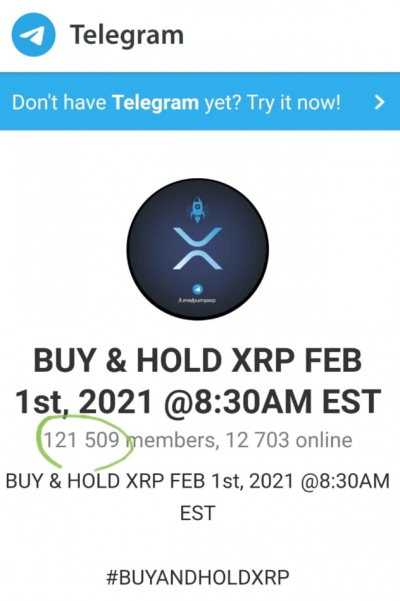 Ripple price crashed sharply in Monday trading and lost the entire gains that the largest altcoin has generated in the Asian trading session. Despite the latest selloff, XRP is still up close to 250% from year to date low.

Social media day traders have become the market movers over the last couple of weeks and they have successfully been targeting highly shorted stocks and assets to defeat the large investors.

Ripple ($XRP) also made giant gains in 2017 which many cryptocurrency investors and traders will remember. Not only did the cryptocurrency become the second most valuable on the market, with a price surge of over 32,000%, it also became a part of the ultimate wealth-building mechanism, Ripple’s xRapid product.

However, the recent 2020-2021 surge in interest over cryptocurrencies has also attracted Redditors (WallStreetBets) and Telegram “pump groups” who are looking to pump the prices of coins with little regard to developments in the industry. 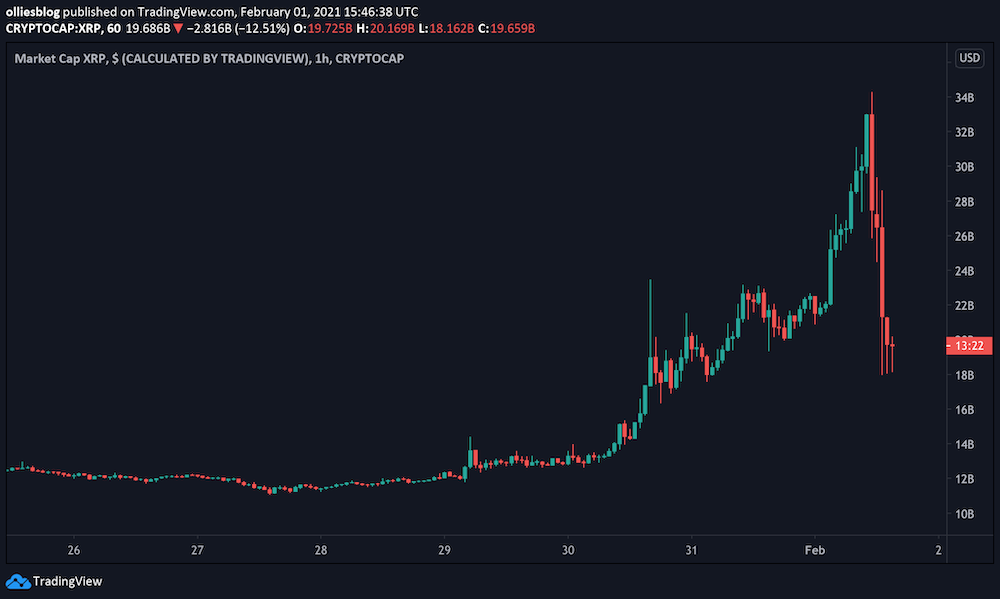 “Traditional Crypto-Pump groups are being copied and legitimized by WallStreetBets-style crowd-pumps, and are now turning their burning gaze from Dogecoin (DOGE, +39.33%) to XRP,”

The price of the second largest cryptocurrency is moving on emotions, speculations and pumping schemes. Once the pumping strategy ends and traders lose their interest, the price of XRP will fall back significantly, according to market analysts.

“Buying XRP at these prices, while its future hangs in the balance, is a pure gamble,”

“The WallStreetBets crowd could easily push it a lot higher, but the moment they lose interest and move on to a different target, the price is sure to collapse again.”

Ripple’s price fell in December after the U.S. Securities and Exchange Commission filed a lawsuit against Ripple Labs in late December.

The SEC alleged its CEO Brad Garlinghouse and Chairman Chris Larsen for selling over $1 billion in XRP, and paying third parties to support the cryptocurrency.