Deliveroo IPO Evaluation, Could Be Worth $10 Billion

In April, Deliveroo, the food delivery service group is expected to float on the UK or US stock market and could be worth as much as £8 billion ($10.9 billion USD)

The company has recently received a further £133 million in development capital, which prices the company at £5 billion. With the battle for market share with chief competitors, Uber Eats and Just Eat Takeaway (JET) intensifying, the stock market listing is predicted to be priced even higher.

As “take-away” demand continues to increase during the COVID-19 lockdowns in the UK, Deliveroo recently unveiled expansion plans that will see its delivery riders and drivers to operate in 100 more UK towns and cities this year.

A huge leap from the mooted £3 billion or so estimation in November 2020, when the Competition and Markets Authority (CMA) actually cleared investment in the company by Amazon, is the £ 5 billion value indicated by Deliveroo’s new funding round. The online shopping giant led a fundraise of $575 million late in 2019 that gave it a 16 per cent interest in Deliveroo, leading the antitrust regulators to launch a long-winded investigation.

Current investors, including Durable Capital Partners and Fidelity private equity house, are thought to be upbeat that an IPO would be at or even surpass the

The successful IPO last month in the US of rival DoorDash, which saw its share price double on its first trading day and is currently priced at 19 times the current year’s revenue, is likely to have boosted hopes for the IPO pricing of Deliveroo.

“Reports last year suggested 2020 revenue for Deliveroo is likely to land between £800 million and £1 billion, and that the group achieved profitability in the second and third quarters,” 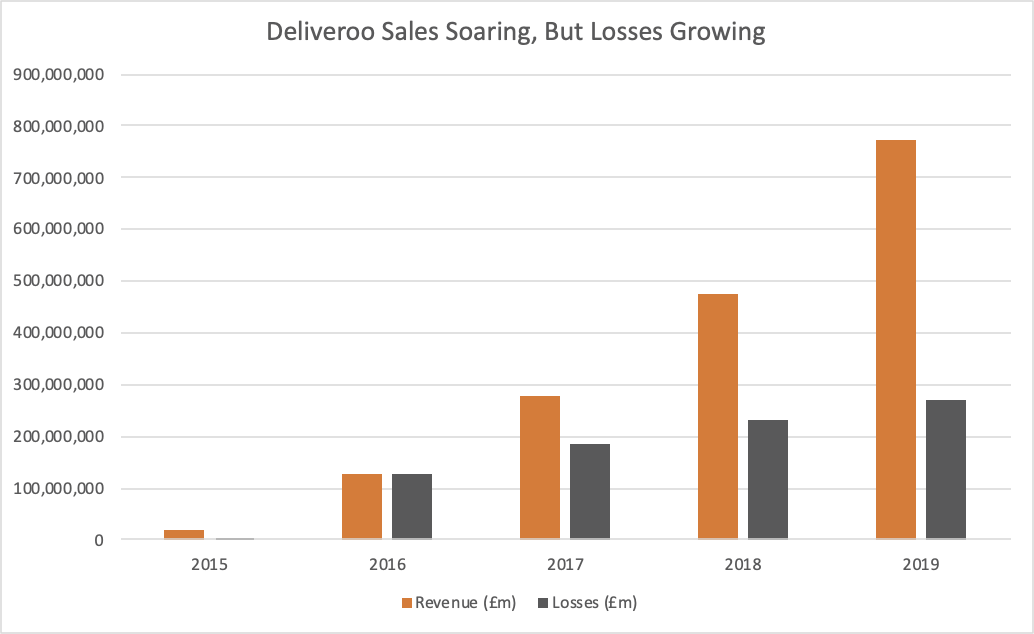 The revenue range will give Deliveroo a lower number of high single-digit revenues versus DoorDash, reflecting the greater size and profits of the US business. The sales percentage of Just Eat Takeaway, though, is about six times.

Interestingly, the Just Eat Takeaway says it has put its stock market listings in London and Amsterdam under review as it plans to also list in the US following the acquisition of US firm Grubhub last year.