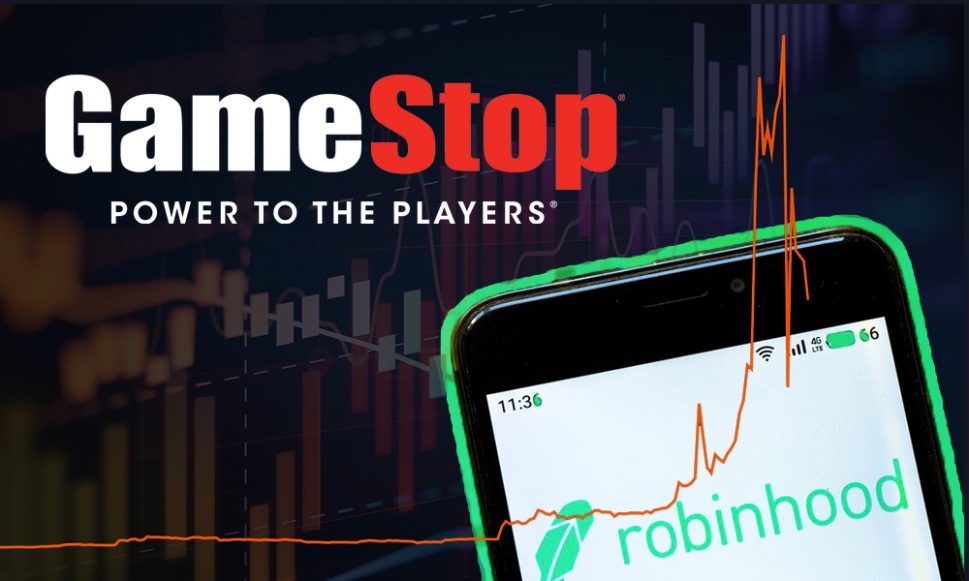 GameStop (NYSE: GME) stock started the day with more than 30% gain but shares fell 55% in a couple of hours amid bans on GameStop trading from well-known brokers.

Has GameStop stock crashed? Shares of GameStop fell to $190 level after rallying 134% yesterday to almost $480 level. The gamma-squeeze stock took a center stage between a tug of war between Reddit’s day trader’s army WallStreetBets and short investment firms like Melvin Capital that has lost 30% of their hedge fund value in the first few weeks of 2020.

“We continuously monitor the markets and make changes where necessary. In light of recent volatility, we are restricting transactions for certain securities to the position closing only, including $AMC, $BB, $BBBY, $EXPR, $GME, $KOSS, $NAKD and $NOK. We also raised margin requirements for certain securities,”

I will burn @RobinhoodApp to the ground if they shut down free market trading.

“I will burn @RobinhoodApp to the ground if they shut down free market trading,”

one trader said and the tweet is loved by 84.5K people.

“into liquidation only due to extraordinary volatility in the markets.”

“For years, the same hedge funds, private equity firms, and wealthy investors dismayed by the GameStop trades have treated the stock market like their own personal casino while everyone else pays the price,” Warren said. “It’s long past time for the SEC and other financial regulators to wake up and do their jobs — and with a new administration and Democrats running Congress, I intend to make sure they do,”

The entire saga puts Robinhood in a compromising position. The companies IPO was expected in the Q1/Q2 of 2021. During a fundraising round in September 2020, the FinTech was estimated at about $11.7 billion.

Since the additional publicity brought upon Robinhood due to the GameStop saga and it’s locking out of retail trader to various stocks.

In light of current market volatility, we are restricting transactions for certain securities to position closing only, including $AMC and $GME. Read more here.https://t.co/CdJMjGAeFH

The company has more than 13 million user accounts, according to reports. The IPO would come on the heels from an SEC settlement over charges that it misled its customers about revenue sources and failing to satisfy duty of best execution.