Palantir stock price is among the biggest gains in the past two months as shares of the data mining company soared more than 200% since its NYSE debut two months ago.

The stock price rally of an emerging data analytics company has been backed by its robust revenue growth performance, with expectations that growth will extend into fiscal 2021. The latest financial results and analyst’s bullish commentary has been adding to investor’s sentiments.

Its order backlog has rapidly been increasing due to the strong demand for its data analyzing products including, Palantir Gotham and Palantir Foundry. Its products are mostly used in war zones and for improving automotive manufacturing.

The data analytics company has generated September quarter revenue of $290 million, representing a growth of 52% from the past year period – thanks to strong demand for its software from government and commercial customers. 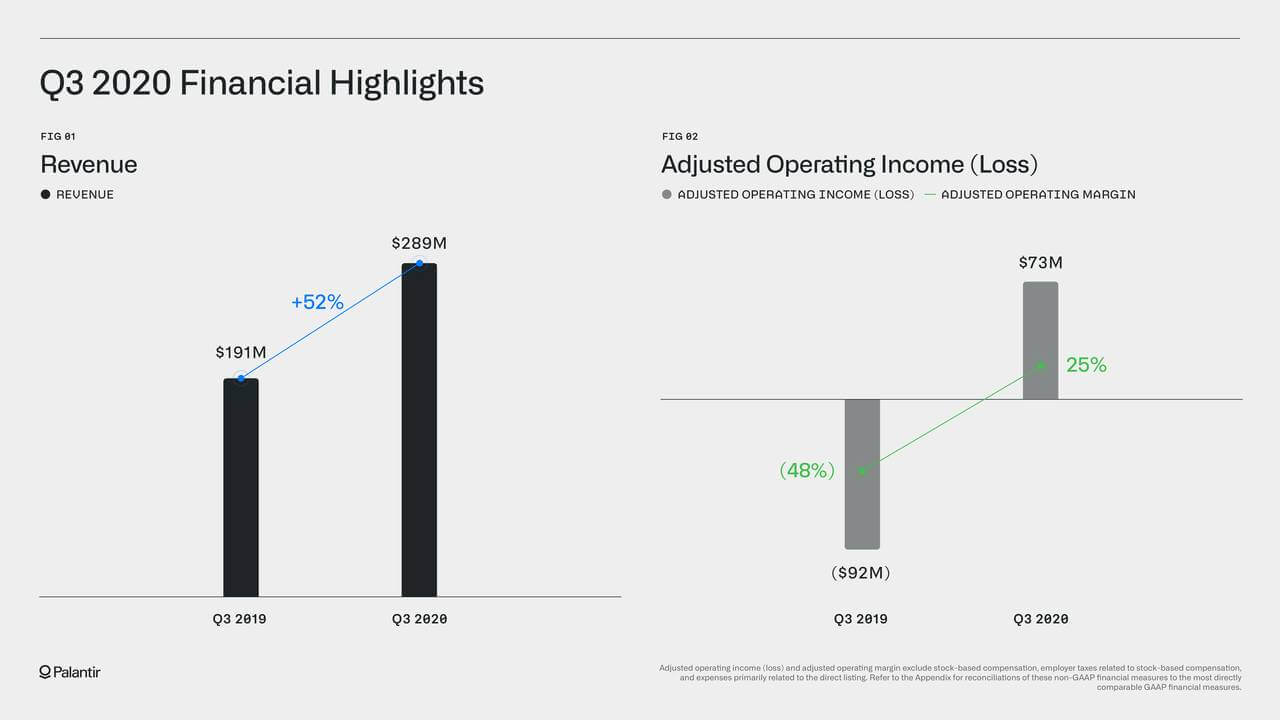 Palantir has closed fifteen deals during the September quarter with both new and existing customers. These contracts include $91 million with the U.S. Army, $36 million with the National Institutes of Health, and a big $300 million contract with an aerospace customer.

On the back of improving backlog, the company has raised its full-year outlook to $1.070 billion. This represents a growth of 44% from the previous year. Moreover, the company anticipates 2021 revenue growth in the range of 30% from fiscal 2020.