The Baltic Dry Index – the Argo Presses on Against the Odds

This time it is different. No really. While the equities markets have been rifling lower and credit spreads are wider – absolute yields have actually been falling. As opposed to the ‘last time’, when mass liquidation of credit leverage pushed yields to extremes, higher-grade bonds of all ilks have caught a bid. You could argue that this is a flight to quality, but equally, it can be viewed as a sign that deflation is stalking the markets. 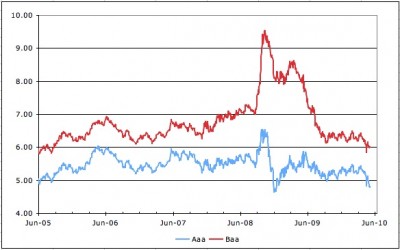 Whether from an implosion of European economic activity (which is very short odds) or from an export constrained China shipping excess capacity abroad – the rational agent will be wary of deflation getting the upper hand. Hence, when we see the death cross in the CRB, we should doff our cap to the grim reaper: 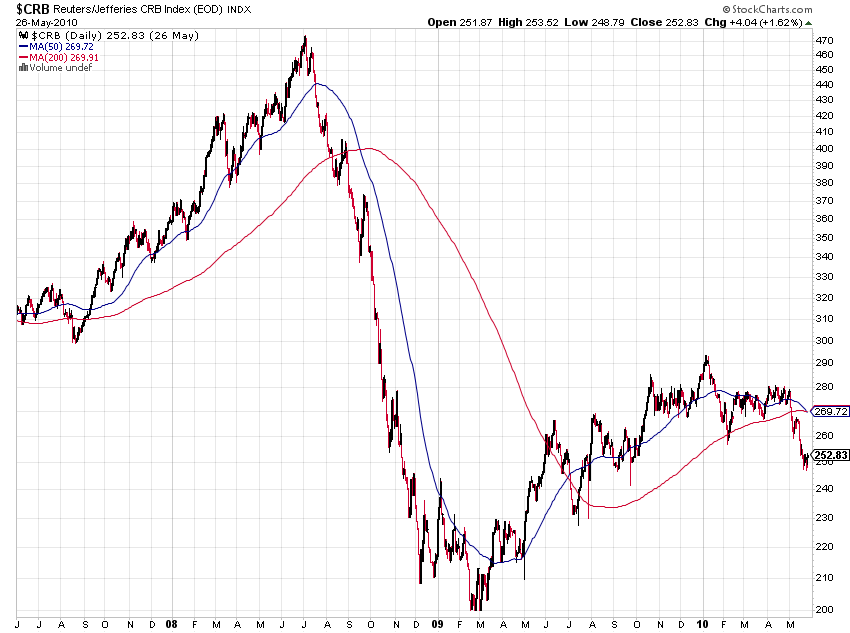 In this context, I’ve been puzzling as to what the Baltic Dry Index has been up to: 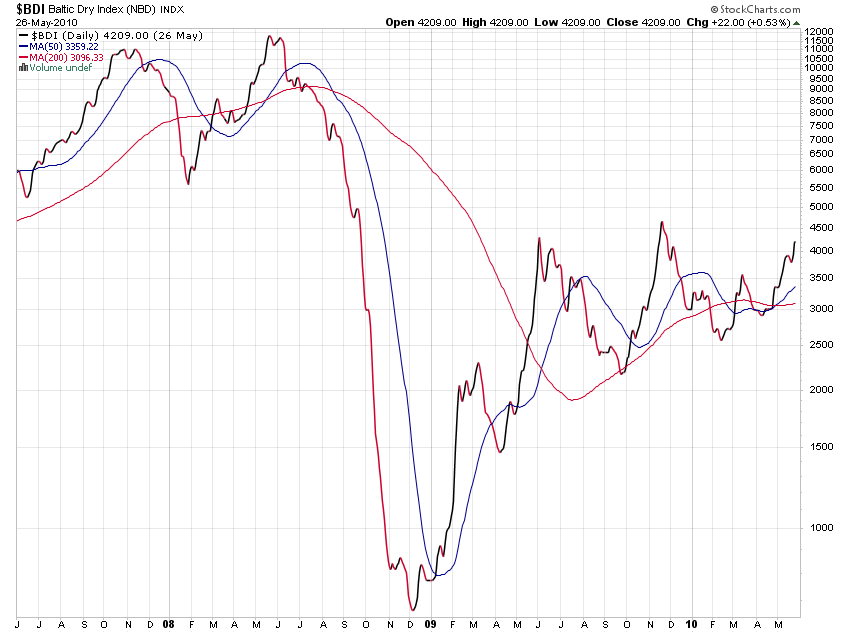 Seemingly oblivious to the ructions in risk markets, its series of higher lows and higher highs since the March 09 lows continues.

As Cotzias Shipping notes (see here) its been the Capesize tubs that have been pushing the BDI higher. These are the fat boys of the seas, ships of over 150,000 deadweight tonnes – they only comprise around 10% of the world’s fleet by numbers but carry over 60% of dry bulk traffic. Their cargo is made up of iron ore, grains, coal, cement etc. And as the following chart from Dryships Inc. quarterly shows (here), growth in volumes is expected to continue apace: 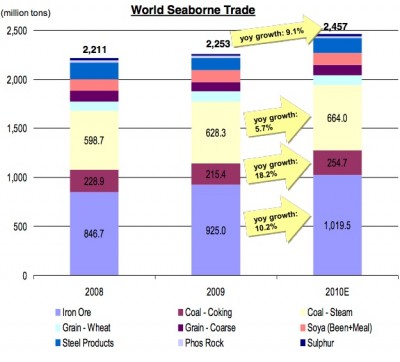 Cotzias Shipping documents that Capes historically receive higher rates than the smaller size segments. With current Capesize rates still below those of the minnows, further upside is expected. As a consequence, expect more upside for the BDI.

So maybe the question should be why isn’t the BDI higher? Has it lagged the global recovery? If you consider how much a commodity currency like the AUD has outperformed the BDI (at least until recently), it looks like a valid point (charts from Cotzias Shipping April report here):

And if we take a longer-term horizon, it could again well be argued that the BDI has reason to be higher:

After slushing around in the demand and supply dynamics that drive the BDI, my guess is that the rising index is catching up to fundamentals – just as those fundamentals are coming back down.

Perhaps, this is one of those disconnects that we spoke about earlier this week between physical and financial markets (see here). The BDI is after all the most physical of markets. One where a century-old, family-run, Greek shipping agent can look to the Baltic Exchange motto to convey the pathos of the current crisis:

Unfortunately, the Baltic Exchange motto which stands for clear Shipping ethics: “Our word is our bond”… could be rephrased into the Greek Economic Crisis and be… “Our word is their bonds”…!!!